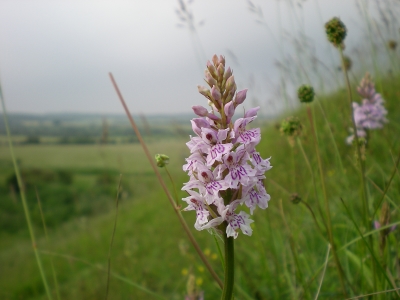 Across the globe plant species and the important habitats that sustain them are disappearing at an accelerating pace. The IPA Programme is a means of identifying the best sites for wild plants (higher and lower), fungi and their habitats using 3 consistent criteria, threatened species, botanical richness and threatened habitats. The criteria are described in detail in the "Criteria" tab above.

Important Plant Areas (IPAs) are globally significant sites for wild plants and threatened habitats. Identified at a national level, they provide a framework for implementing target 5 of the CBD Global Strategy for Plant Conservation (ensuring the protection of at least 50% of important areas for plants) and are a vital tool in conserving wild plants and their habitats in situ. IPA identification is intended to inform and underpin existing international, regional and national conservation programmes and legislation.

Ultimately the aim is that IPAs will act as a benchmark for determining whether the strongest protection, under any existing legislation, is being afforded to the most important sites for plants.

IPAs contribute to the following Global and European agreements and initiatives:

History of the Project

The Important Plant Areas Programme was inspired by the Important Bird Areas Programme, which has been a great success for identifying the world’s best bird sites, and for uniting networks of scientists, policy experts and local communities to protect these sites.

Botanists have been debating and developing the IPA Project since 1992, and there have been several conferences, workshops and pilot projects to determine the best criteria for identifying sites. The first IPA Guidelines were published in 2001 (Palmer & Smart, 2001) and the first IPA Site Selection Manual for Europe was published in 2002 (Anderson, 2002).

Turkey was the first country to complete an inventory of national IPAs, in a collaborative project run by DHKD, Fauna and Flora International and the University of Istanbul (report published by WWF Turkey, 2003).

IPAs have now been identified across large sections of Europe, North Africa and the Middle East with 1994 IPAs in 27 countries identified and documented across this region to date.

In many cases, the resultant IPA networks have been integrated into national conservation planning and monitoring schemes For example, in Belarus all IPAs are now protected by law, and in Romania IPAs have led to the recognition and protection of new critical habitats, whilst in Croatia many IPAs were included in the expanded protected area network under the Natura 2000 scheme as part of their accession to the European Union in 2013.

In the UK, IPAs form the basis for Plantlife’s UK conservation programme, specifically focussed on conserving rare and threatened plant species and habitats, while in the East and South Mediterranean Plantlife is working with the IUCN Centre for Mediterranean Cooperation, the IUCN/SSC/Mediterranean Plant Specialist Group and national partners to develop species monitoring plans and community action for IPA sites.

Beyond Europe and the Mediterranean region, a number of IPA initiatives have been launched or piloted, and to date 69 countries (please see the table below which summarises the countries and coordinating organisation involved in the IPA programme globally) have made at least an initial assessment of their IPAs including Namibia, Bhutan, China, India, Nepal and Pakistan, Saudi Arabia, The Falkland Island, several Caribbean Islands, Kazakhstan etc.